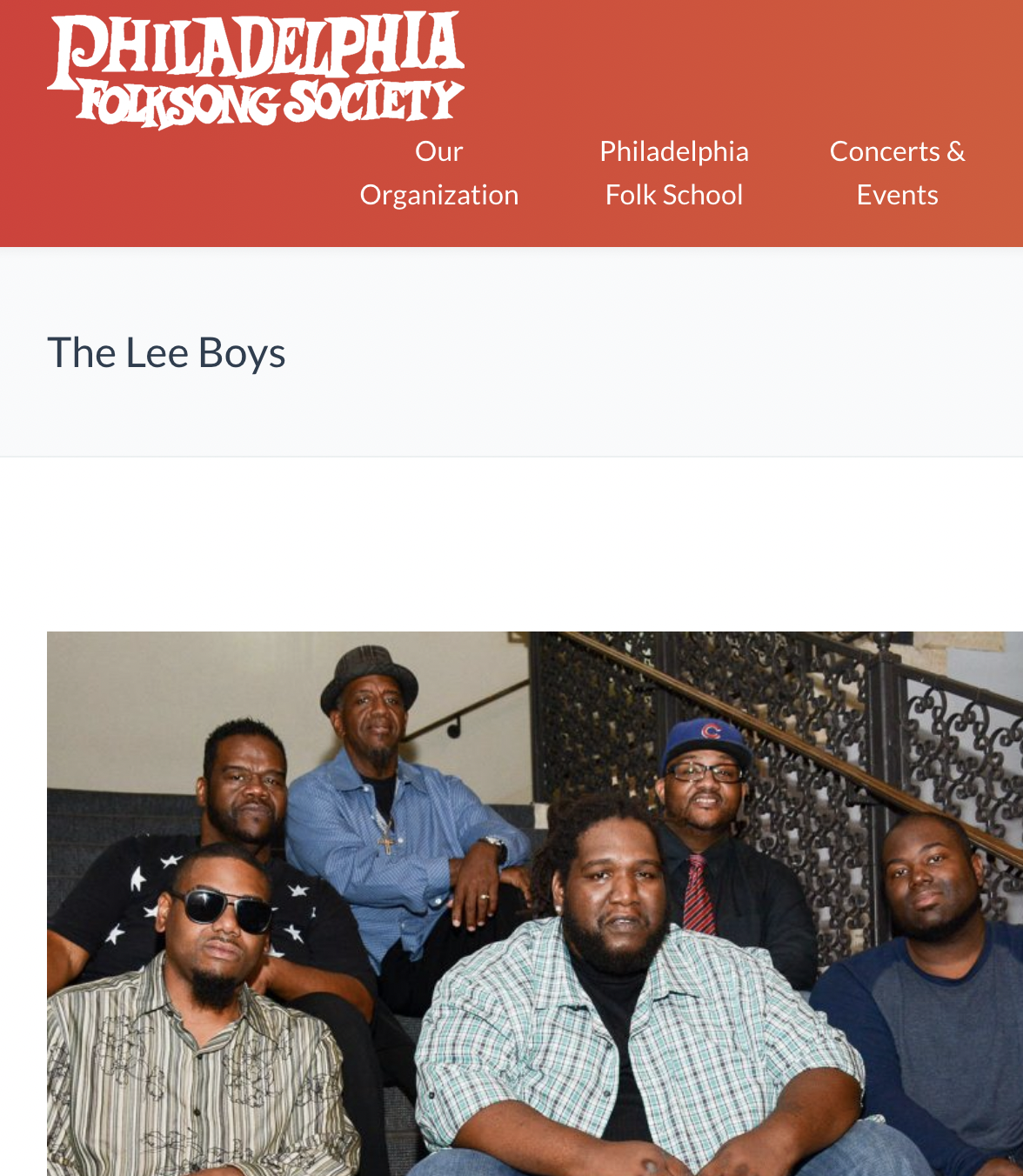 The Lee Boys are one of America’s finest African-American sacred steel ensembles. This family group consists of three brothers, Alvin Lee (guitar), Derrick Lee and Keith Lee (vocals) along with their three nephews, Roosevelt Collier (pedal steel guitar), Alvin Cordy Jr. (7-string bass) and Earl Walker (drums). Each member began making music at the ages of 7 and 8 in the House of God church they attended in Perrine, FL. Here they underwent a rigorous course of training in a variety of musical instruments, including lap and pedal steel guitars. Born and raised in Miami, each of The Lee Boys grew up in the church where their father and grandfather, Rev. Robert E. Lee, was the pastor and a steel player himself.

“Sacred steel” is a type of music described as an inspired, unique form of Gospel music with a hard-driving, blues-based beat. The musical genre is rooted in Gospel, but infused with rhythm and blues, jazz, rock, funk, hip-hop, country and ideas from other nations. Influenced by the Hawaiian steel guitar fad of the 1930’s, brothers Willie and Troman Eason brought the electric lap steel guitar into the worship services of the House of God church in Jacksonville, FL. The Pentecostal congregation embraced the soulful sound, and over time this unique sound became the hallmark of the church. The pedal steel guitar was added to the mix and soon became the central instrument. The Lee Boys are part of the fourth generation of musicians in this faith.

This music form was totally unknown to the world outside the church until the mid 1990’s, when folklorist Robert Stone attended House of God services and recorded the music, as well as its history, contributing the name “sacred steel.” A series of compilations featuring artists such as Aubrey Ghent, Calvin Cooke and the Campbell Brothers, as well as the late Glenn Lee followed on legendary roots label Arhoolie Records, for whom The Lee Boys also record.
When The Lee Boys bring their joyous spiritual sound to the stage, audiences instantly recognize that this is not “sitting and listening” music: dancing, shouting out, and having fun are considered essential parts of their tradition. Founder and bandleader Alvin Lee explains “The inspiration and feeling that comes along with our music is the reason that people feel good. It is like the new music on the block and it’s just getting ready to explode!” It’s mostly original material, with a few standards and hymns the group “blueses up a little.” Audiences often dance, shout out, and always have a great time. In 2008-09 alone they performed for more than 250,000 music fans at festivals throughout the United States. In the process, their unique sound has attracted musical artists such as Bob Weir of the Grateful Dead, The Allman Brothers Band, The Black Crowes, Los Lobos, Michelle Shocked, Gov’t Mule, Derek Trucks Band w/ Susan Tedeschi, The North Mississippi Allstars, Hill Country Revue, Umphrey’s McGee, Ivan Neville’s Dumpstaphunk, Oteil & Kofi Burbridge, The Dirty Dozen Brass Band, Toubab Krewe, Victor Wooten, The Del McCoury Band and The Travelin’ McCo